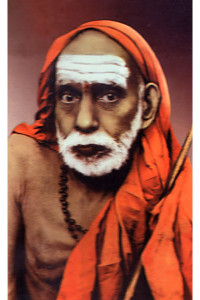 We speak of the “Hindu religion”, but the religion denoted by the term did not in fact have such a name originally. According to some, the word “Hindu” means “love”; according to some others a Hindu is one who disapproves of himsa or violence. This may be an ingenious way of explaining the word.

In none of our ancient sastras does the term “Hindu religion” occur. The name “Hindu” was given to us by foreigners. People from the West came to our land across the Sindhu river which they called “Indus” or “Hind” and the land adjacent to it by the name “India”. The religion of this land came to be called “Hindu”. The name of a neighbouring country is sometimes applied to the land adjacent to it. Let me tell you an interesting story in this connection.

In the North people readily give alms to anybody calling himself a bairagi. The bairagis have a grievance against Southerners because they do not follow the same practice. “iIlai po po kahe Telungi” is one of their ditties. “Telugus do not say “po, po” but “vellu” for “go, go“. “Po” is a Tamil word. Then how would you explain the line quoted above? During their journey to the South, the bairagis had first to pass through the Telugu country (Andhra); so they thought that the land further south also belonged to the Telugus.

There is the same logic behind the Telugus themselves referring to Tamil Nadu as “Arava Nadu” from the fact that a small area south of Andhra Pradesh is called “Arva”. Similarly, foreigners who came to the land of the Sindhu called all Bharata beyond also by the same name.

However it be, “Hinduism” was not the name of our religion in the distant past. Nor was it known as “Vaidika Mata” (Vedic religion or as “sanatana dharma” ( the ancient or timeless religion). Our basic texts do not refer to our faith by any name. When I thought about it I felt that there was something deficient about our religion.

One day, many years ago, someone came and said to me: “Ramu is here. ” At once I asked somewhat absent-mindedly: “Which Ramu? ” Immediately came the reply : ” Are there many Ramus? ” Only then did it occur to me that my question, “Which Ramu? “, had sprung from my memory of the past. There were four people in my place bearing the name of “Ramu”. So, to tell them apart, we called them “Dark Ramu”. When there is only one Ramu around there is no need to give him a distinguishing label.

It dawned on me at once why our religion had no name. When there are a number of religions they have to be identified by different names. But when there is only one, where is the problem of identifying it?

All religions barring our own were established by single individuals. “Buddhism” means the religion founded by Gautama Buddha. Jainism was founded by the Jina called Mahavira. So has Christianity its origin in Jesus Christ. Our religion predating all these had spread all over the world. Since there was no other religion to speak about then it was not necessary to give it a name. When I recognized this fact I felt at once that there was no need to be ashamed of the fact that our religion had no name in the past. On the contrary, I felt proud about it. 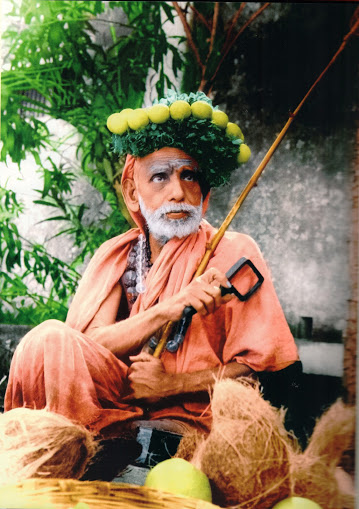 If ours is primeval religion, the question arises as to who established it. All inquiries into this question have failed to yield an answer. Was it Vyasa, who composed the Brahmasutra, the founder of our religion? Or was it Krsna Paramatman who gave us the Bhagavad-Gita? But both Vyasa and Krsna state that the Vedas existed before them. If that be the case, are we to point to the rsis, the seers who gave us the Vedic mantras, as the founders of our religion? But they themselves declare: ” We did not create the Vedas. ” When we chant a mantra we touch our head with our hand mentioning the name of one seer or another. But the sages themselves say: “It is true that the mantras became manifest to the world through us. That is why we are mentioned as the ‘mantra rsis’. But the mantras were not composed by us but revealed to us. When we sat meditating with our minds under control, the mantras were perceived by us in space. Indeed we saw them (hence the term mantra-drastas). We did not compose them. “[the seers are not “mantra-kartas”. ]

All sounds originate in space. From them arose creation. According to science, the cosmos was produced from the vibrations in space. By virtue of their austerities the sages had the gift of seeing the mantras in space, the mantras that liberate men from this creation. The Vedas are apauruseya (not the work of any human author) and are the very breath of the Paramatman in his form as space. The sages saw them and made a gift of them to the world.

If we know this truth, we have reason to be proud of the fact that we do not know who founded our religion. In fact we must feel happy that we have the great good fortune to be heirs to a religion that is eternal, a religion containing the Vedas which are the very breath of the Paramatman.